Emotional Affairs: The Cause, The Cure and What You Can Do About It 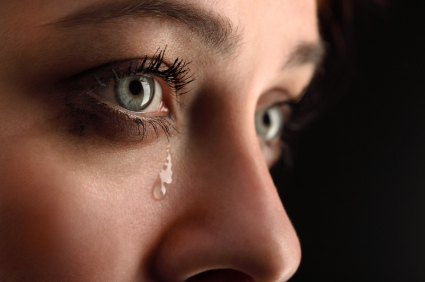 Most emotional affairs start out as an innocent friendship. You see each other often, go out to lunch every now and then, share your thoughts and feelings with each other…so where’s the harm in that?

For starters, just like a drug…emotional affairs can be ADDICTING.

It’s true. There is actually a powerful hormone released during sexual attraction.  It has been scientifically proven that this “mating chemical” is released to ensure that the population continues to grow.

This “addiction” begins when you start to think about this other person, even when they’re not around. You look forward to seeing them again because you’re addicted to the way this person makes you feel.

Take a look at the following list of feelings that are typical in an emotional affair….

With all this in mind, what do you think the chances are of two people feeling this way about each other for an entire lifetime?

After all, an emotional affair is really just an illusion, a fantasy…a DRUG.

DRUG: “Often an illegal substance that causes addiction, habituation, or a marked change in consciousness.”

Up until now, when someone mentions the word “drug”, you immediately think of the illegal substances that people go to jail for. But according to the above definition, a drug is an “illegal substance that causes ADDICTION, habituation or a marked change in CONSCIOUSNESS.

Add to this, the fact that there IS a change in consciousness when you or your spouse is involved in an emotional affair. Your perception of this person is inaccurate because of the hormone that’s released during sexual attraction.

The truth is, when you’re under the influence of this drug; this emotional affair, the two of you may fantasize about your beautiful future together but one thing is certain….

You do NOT talk about reason, facts, reality, responsibility and life as it actually is.  These topics are ‘off limits’ when you’re “drugged” by an emotional affair.

You get all the short-term benefits of the wonderful drug-induced feelings during an emotional affair, but even if you were to leave your spouse and marry this other person, you’d most likely wind up in the same place you are right now…married and MISERABLE.

To put it bluntly, if you choose to marry or get involved with someone based on how they make YOU feel “in the moment”…you’re setting yourself up for failure.

During an emotional affair, there is no discussion of each other’s values, habits or beliefs….in other words, the foundation of a strong relationship.

Yes, you may have SOME things in common, but the fact is; you’re putting your marriage in jeopardy based on the short-term feelings that this ‘drug’ creates.

You’re putting your family at risk because you think this other person can meet your needs better than your spouse does.

Now don’t get me wrong, this article is NOT meant to lecture you in any way if you are the one involved in an emotional affair. I completely understand that you feel you’ve been driven to this emotional affair by the person you married.

And I agree; it’s not 100% your fault. You expected to get married and have all your needs met.  But to your surprise, your needs were NOT met, but instead neglected, ignored and ridiculed.

You may even feel as if this emotional affair is like taking a vacation from the Hell you’ve been forced to live in. You just want relief – you want to feel loved.  Who could blame you? Doesn’t everyone want to be happy?

With that said, you still need to face up to reality and find a way to stay married AND get your needs met too….or you’ll end up in this same predicament down the road.

After all, marriage shouldn’t be all about dull and boring life routines like laundry, what’s for dinner and car pools. You need to get your marriage back to the way it was when the two of you first met.

Whether it is YOU…or your spouse who is involved in an emotional affair, since you are reading this article, chances are, you want to do something about it.

If you want to pick up the pieces of your “old” relationship and create a much deeper “new” marriage with your spouse, start by understanding the person you married and the values he or she lives by. Most people don’t know this, but our value system is formed during our first 8-10 years of life. The values you live by today are a direct result of the way your parents lived when you were young.

If you didn’t like the way your mother ran the house like a military bootcamp, today you run a very relaxed household. On the other hand, if your childhood home was always a mess, and this bothered you as a kid, today your home is likely very organized, clean and tidy.

– WHY…your spouse is so sensitive to yelling

– WHY…your spouse gets upset when you spend money

– Or WHY….your spouse hates conflict so much.

Whatever your “hot button” issues are, you need to uncover the SOURCE of these issues instead of dealing with the SYMPTOMS.

This video, titled ” Why You Fight: Discover Your Invisible Lifestyle Today”, will show you how…

(This should resolve that issue, but please allow the video enough time to download because it is a large file.)

STEP 2) Next, after you’ve watched the video, I strongly suggest you sign up for my free 7 Secrets email mini-course so you can learn how to eliminate that “little voice inside your head” that tells you your spouse is “the enemy”.

Just remember, an emotional affair is a drug….it is NOT reality. You CAN make those wonderful drug-induced feelings a REALITY between you and your spouse when you start learning how to first, uncover each others’ Invisible Lifestyle values and second, learn how to eliminate your negative feelings in 60 seconds.